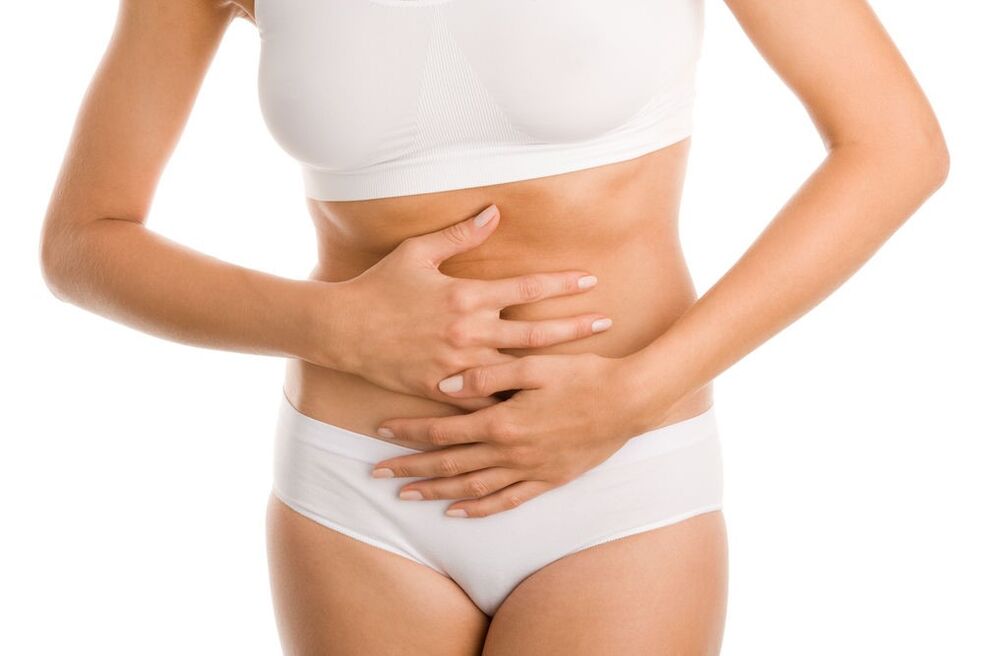 Cystitis is inflammation of the lining of the bladder.

Acute cystitis is one of the most common diseases in women. More than 50% of women have made such a diagnosis at least once in their life.

Anatomically, the female urethra is much shorter and wider than the male urethra, 2-4 cm long and close to natural sources of infection such as the vagina and anus. In men, the length of the urethra is about 20 cm, anatomically divided into several sections. Before entering the bladder, the urethra passes through the prostate gland, which is a natural barrier that prevents infections from entering the bladder.

Factors predisposing to the development of cystitis are:

The causative agent of acute cystitis in 70-95% of cases is E. coli - Escherichia coli. Other pathogens, such as staphylococcus aureus, klebsiella, protea, are much less common.

Symptoms of cystitis most often include:

These disorders, alone or in combination, occur in 90% of women with acute cystitis. An increase in body temperature above 37. 3 ° C is not typical of cystitis and may indicate a more severe inflammatory process in the kidneys - acute pyelonephritis.

Blood in the urine - hematuria - usually causes panic in women, but most often it is a sign of common cystitis.

The combination of pain when urinating and blood in the urine speaks in favor of acute inflammation of the bladder (hemorrhagic cystitis), and not another more serious urological pathology - for example, a tumor of the urinary tract, in the presence of which dysuria is unusual.

Blood in the urine can also appear due to chronic cystitis, leading to an increase in the number of blood vessels (hypervascularization) in the submucosal layer of the bladder, their fragility and a tendency to hemorrhage.

Other possible causes of hemorrhagic cystitis include radiation therapy, chemotherapy, and some medications.

Cystitis, accompanied by the appearance of a mixture of blood in the urine, can manifest itself acutely, without the presence of signs of chronic inflammation and previous factors. The treatment algorithm is often limited to the same measures as acute cystitis without hematuria.

The diagnosis of acute cystitis is established on the basis of the patient's complaints. To clarify the diagnosis, a general urine test is used, ideally a urine test with test strips.

The appointment of treatment for acute cystitis is possible even only on the basis of the patient's complaints (the so-called empirical therapy), without obtaining the results of a urinalysis. Taking urine for culture (bacteriological examination) is optional in patients with uncomplicated cystitis. Urine culture is only necessary in some cases, such as: pregnancy, suspicion of acute pyelonephritis, prolonged course of cystitis (more than 2 weeks), atypical course of the disease. In the presence of bacteria in the urine culture - more than 10³ - it is possible to microbiologically confirm the diagnosis of acute cystitis.

Ultrasound or other imaging techniques are not part of the diagnostic algorithm for acute cystitis. A specific image according to the ultrasound of the bladder may not be observed. Such ultrasound signs, such as "thickening of the bladder wall" and "presence of bladder suspension", do not indicate mandatory inflammation of its mucosa. The most common purpose of ultrasound is to rule out bladder tumors and ureteral stones.

Vaginitis. . . It is characterized by increased urination associated with vaginal irritation. It manifests itself as a canceled and sluggish current. Predisposing factors can be excessive sexual activity, frequent change of sexual partners (new sexual partner). Blood in the urine, pain when urinating, pain in the lower abdomen are usually absent. On examination, you can find vaginal discharge, the study of which reveals an inflammatory process.

urethritis. . . This disease is also characterized by frequent and painful urination, but the severity of the symptoms is usually weaker than in acute cystitis. The most common causes of urethritis are gonorrhea, trichomoniasis, chlamydia and the herpes simplex virus. The disease can also occur due to a change in the sexual partner. Discharge from the urethra is more typical for men.

The mainstay of acute cystitis therapy is antibiotic therapy.

It has been shown that in 90% of women, after the start of antibiotic therapy, the symptoms of acute cystitis disappear within 72 hours.

fosfomycin. . . Broad spectrum antibacterial substance. Most often it is produced in granules for oral administration. In acute cystitis, its feature is a single dose - it is enough to drink one dose of the drug (3 g for adults). It is used for the initial manifestations of cystitis. In case of signs of inflammation of the bladder, another dose can be used for several days (24 hours after the first dose).

Macrocrystalline nitrofurantoin. . . A similar substance in chemical composition is the Furazidin potassium salt. Broad spectrum antimicrobial agent, belongs to the group of nitrofurans. It has better absorption, a higher concentration of the active ingredient and fewer side effects. Acute cystitis dosage regimen: 100 mg 3 times a day for 5 days.

Systemic antibacterial drugs, are not recommended for the treatment of acute uncomplicated cystitis as first-line drugs, but can only be used aspossible alternative. . .

Cephalosporins. . . A group of broad-spectrum antibiotics, but unlike other similar agents, contribute to the creation of a high concentration of the active substance not only in the urine, but also in the blood. There are 4 generations of cephalosporins. They are used for various diseases: from sinusitis to peritonitis. In the treatment of acute cystitis, compressed forms of the antibiotic are often used. Dosage regimen: 400 mg (1 tab) X 1 time per day for 3-5 days.

Fluoroquinolones. . . A highly effective group of antibiotics, widely used in urological practice. They are used in the treatment of acute cystitis, but are currently not recommended for empirical therapy due to increasing resistance in patients. They are prescribed based on the results of bacteriological culture of urine in the presence of sensitivity to them, they are most often used in the treatment of pyelonephritis, prostatitis. Contraindicated for use in pregnant women and patients under the age of 18. Dosage regimen: 250 mg x 2 times a day for 3-5 days.

penicillins. . . The first group of artificially synthesized antibiotics. Not recommended for empirical treatment of acute cystitis due to the increased level of resistance of E. coli to it worldwide. However, in some cases a combination of the antibiotics penicillin and clavulanic acid can be used, for example in the presence of inflammation of the bladder mucosa in pregnant women. Dosage regimen: 625 mg x 3 times daily for 7 days.

The backbone of treatmentcystitis in pregnant womenAntibiotic therapy is also prescribed, but not all drugs are approved for use. It is permissible to prescribe an antibiotic from the penicillin series or a group of cephalosporins.

The use of other drugs, herbal preparations, dietary supplements in the treatment of acute cystitis is ineffective, since there is a high probability of pathogen retention and the occurrence of a relapse of the disease.

Previously, there were recommendations for the use of a natural uro-antiseptic - cranberries (a large amount of cranberry juice). Several studies have provided evidence to support the effectiveness of cranberry supplementation in reducing the incidence of urinary tract infections in women. However, in a meta-analysis of 24 studies and 4 473 patients, it was shown that foods containing cranberriesdo not statistically reduce significantlythe incidence of urinary tract infections, including acute cystitis in women.

If the patient, for some reason, demonstrates reluctance to drink antibiotics, it is permissible to prescribe anti-inflammatory and analgesic drugs to reduce the severity of dysuria and discomfort in the lower abdomen.

Phenazopyridine hydrochloride- a substance that has an analgesic effect. Refers to analgesics for pain relief in inflammatory diseases of the bladder and urinary tract. It is excreted in the urine, providing a local anesthetic effect on the mucous membrane of the urinary tract. It doesn't kill bacteria on its own or damage mucous membranes, it is usedjust to reduce symptoms. . . It can be used with antibacterial drugs to reduce discomfort. It is recommended to use no more than 2 days, as longer treatment with drugs that contain this substance can mask the symptoms of the disease. It is also used to eliminate discomfort, cuts when urinating after catheterization of the bladder, during endoscopic interventions, operations on the urethra. Available in pill form.

Non-steroidal anti-inflammatory drugs (NSAIDs)- have a pronounced anti-inflammatory, analgesic and moderate antipyretic effect. They are widely used in urological practice, often in the form of rectal suppositories. In special cases, in the absence of the possibility of taking an antibiotic and in the presence of recurrent cystitis, they can serve as the main drug for a short time.

After an episode of acute cystitis. Preventive measures

If symptoms of cystitis occur within two weeks of treatment, in the absence of a therapeutic effect, a urine culture should be performed to determine the sensitivity of the isolated pathogens to antibiotics (donate urine for culture). Based on the results of bacteriological culture, it is recommended to prescribe an antibacterial drug based on the sensitivity of the pathogen to it.

How is acute cystitis treated in the clinic?

Urologists of the clinic prescribe the necessary examinations and only effective treatment. The diagnosis of acute cystitis is established on the basis of the patient's complaints and the collected anamnesis, antibiotic therapy with first-line drugs is prescribed. Further studies are carried out only in the presence of indications - the absence of the effect of therapy.

It is important to know:in case of ineffectiveness of the therapy or frequent relapses, cystitis is classified as recurrent, which, with a certain degree of simplification, can be defined as "chronic". 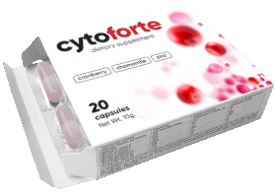